Towards the Retrocausality VMS: Where Action Precedes Cause 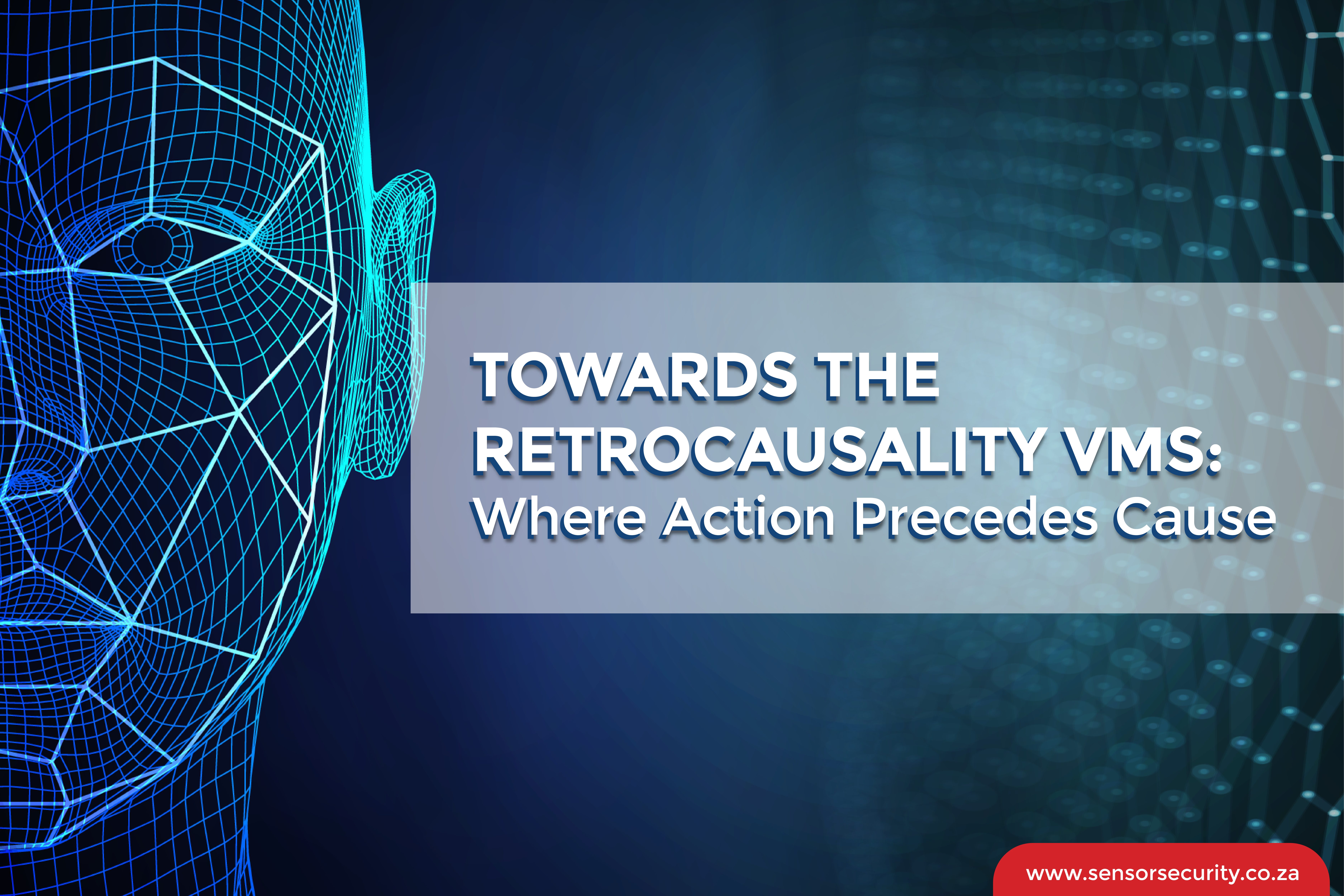 Towards the Retrocausality VMS: Where Action Precedes Cause

Retrocausality Video Monitoring Software (VMS) is the ability to manage and control a situation before it becomes a reality. The questions that we need to ask ourselves are whether we are there, is this possible and can it happen? What are the realistic extent to where we can go in the future with the next stage of VMS?

At this point, we are entering the next phase, a world of Retrocausality VMS.

Sometimes the problem is too much information.  Expectations of the past were not always realised in the current solutions. We do have sufficient and excessive amounts of incoming and stored information to manage, but how we deal with the information is not at its full potential. We are gathering all the available video, audio and external data to have all the statistics and evidence, but we cannot prevent or foresee a problem.

Simultaneously, this same vast array of data is often too accessible to the wrong end-groups. Regulation or prevention of distribution of such data is tricky, and the criminal element has minimal regard for privacy and respect of information. We then post messages on social media groups in an attempt to be more aware and secure. We continue to collect, communicate and archive, but we are still not always sure about how to handle our streets, yards, and businesses.

Is the ability to ensure safety attainable?

Retrocausality is the study of cause and effect in an attempt to give solutions or responses before the question or event arise. Currently, if we are lucky and we notice a burglar jump over a fence, we react with armed response, but in most instances the occurrence was discovered and reported too late. Retrocausality would suggest that it was anticipated for a burglar to arrive, and the armed response was prepared. How much closer are we to retrocausality, or practically implementing the ability to predict and respond?

We still have vast amounts of data and statistics, but unfortunately, the ability to foresee and prevent is largely still missing. The good news is that the vast rate at which technology has and is developing in the security industry, will create a reality of future concepts that currently seem unrealistic.

Traditionally we tend to observe information as it happens and react accordingly. Even automation is generally reactive to an incident. An example is how we place importance on monitoring congestion points to make sure that people’s identities match with recorded database information.

There is often very little more in-depth assessment than that. The person may be authorised to enter, but that speaks nothing of their intentions in a particular environment. We block the employee if their identifier is invalid, but while they are inside, there is freedom to unleash various security breaches. A step up is having well-trained people to more carefully observe and analyse on the scenes at hand, but this is an arduous task when monitoring systems go well over 16 cameras.

We progressed further with the realms of Artificial Intelligence (AI) and Deep Learning analyses of data. It works mainly in two stages: It is looking to compare and remove that which is not needed, such as shadows caused by moving clouds, and AI can forward present outputs or responses to conditions based on historical and incrementally renewed data. Accuracy is always increasing, but is it relevant enough for us to be satisfied?

Video compression technologies work similarly. There is a more in-depth and more calculated approach to remove what is not required, and to a certain extent, it could be argued that the next piece of stored information can be predicted. Can we reliably put predictions into monitoring?

Predictions can be formed by probability, such as looking at vehicles going the wrong direction on the road and concluding that an accident could happen. The emergency services are now able to be pre-alerted.

Predictions can also involve a more thorough comparison of assorted extensive data against alert conditions, such as a large crowd of people in the street could be a concert, a riot, a marathon, a demonstration or merely people going home. Each case has its merit, and if further measured against dates, times and locations, etc. an accurate probability result can be produced on how to react.

A 2018 SAPS report on Cash In Transit (CIT) robberies listed on Mondays, and particularly 8:00-11:59, as the highest incidents rate. This is an example source of information that can be used to develop trend answers. Predictions could ultimately be based on information that deviates from the normalcy of a specific situation. No longer should it be necessary to react to an incident, but rather to be able to prevent it from happening, because the precursor was noticed.

Did you ever drive down the highway and think to yourself that the level of traffic was not as it should be? Something no longer fits the usual story. Why would a road unexpectedly have very little traffic? Why would it have faster traffic flow? Everything is still working, but there is an underlying change that has occurred. It is something that is not significant enough to be detected, as would be with stationary or incorrect direction traffic flow.

There is the ability of a person to see an incoming email, and intuitively know that something is wrong. On the surface, it may look legitimate. It may be sent from an actual employee, from an actual registered company in a similar industry, but historically there was never any dealings with that organisation. In other words, it does not fit the routine business, it was an unexpected email and a warning of an arising problem.

If we apply the same logic to City Surveillance and look at four ideas:

In each case, we are looking for anomalies or deviations to what should be balanced or consistent. People are creatures of habit. We have fairly set repetitive routines. Expectations naturally differ depending on region and must be included. Machinery, production lines, entertainment, city centres etc. all have some form of balance, and the intention is to discover the imbalances.

There are some remarkable examples of technology and VMS software in the market. The analysis of current information, and pulling data from different sources, and creating events is exciting, but there is still so much room in which to move further concerning predicting and preventing.

Watch as AI grows increasingly away from the boundaries of database and rules to where it consistently weaves through and ‘observes’ a myriad of incoming information. It is not looking to follow a single motion trend or simplistic alert but instead discovering what is missing or out of place.

The hypothetical case is for Monday mornings from 9am to midday. The Retrocausal VMS is looking for the anticipated combination of slow-moving traffic (GPS info), an unmarked stationary truck on a freeway (occupied lane) and a strange sound anomaly (IoT environmental sensors) to locate the CIT Robbery that SAPS statistics predicted. Once this is found, luxury cars (used for safety) in the vicinity are then noted and the erratic driving styles determining which vehicles are tracked. https://www.youtube.com/watch?v=PnD4bd-LG-E.

Power and water meters for homes are read on quite specific days. The RVMS is consistently observing for that same type of activity but in conjunction with a date that is too close in proximity to a recent meter reading. Ultimately we will get to a stage where the RVMS has enough source information to observe smaller specific core characteristics. As these align the probability of specific greater conditions occurring increases, and an incident avoided.

What situation(s) are you facing, or would like to see that requires the next level of RVMS, because the reaction is not an option?

If you have any further questions feel free to contact us at info@sensorsecurity.co.za. 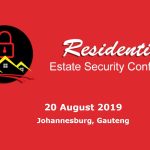 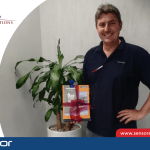 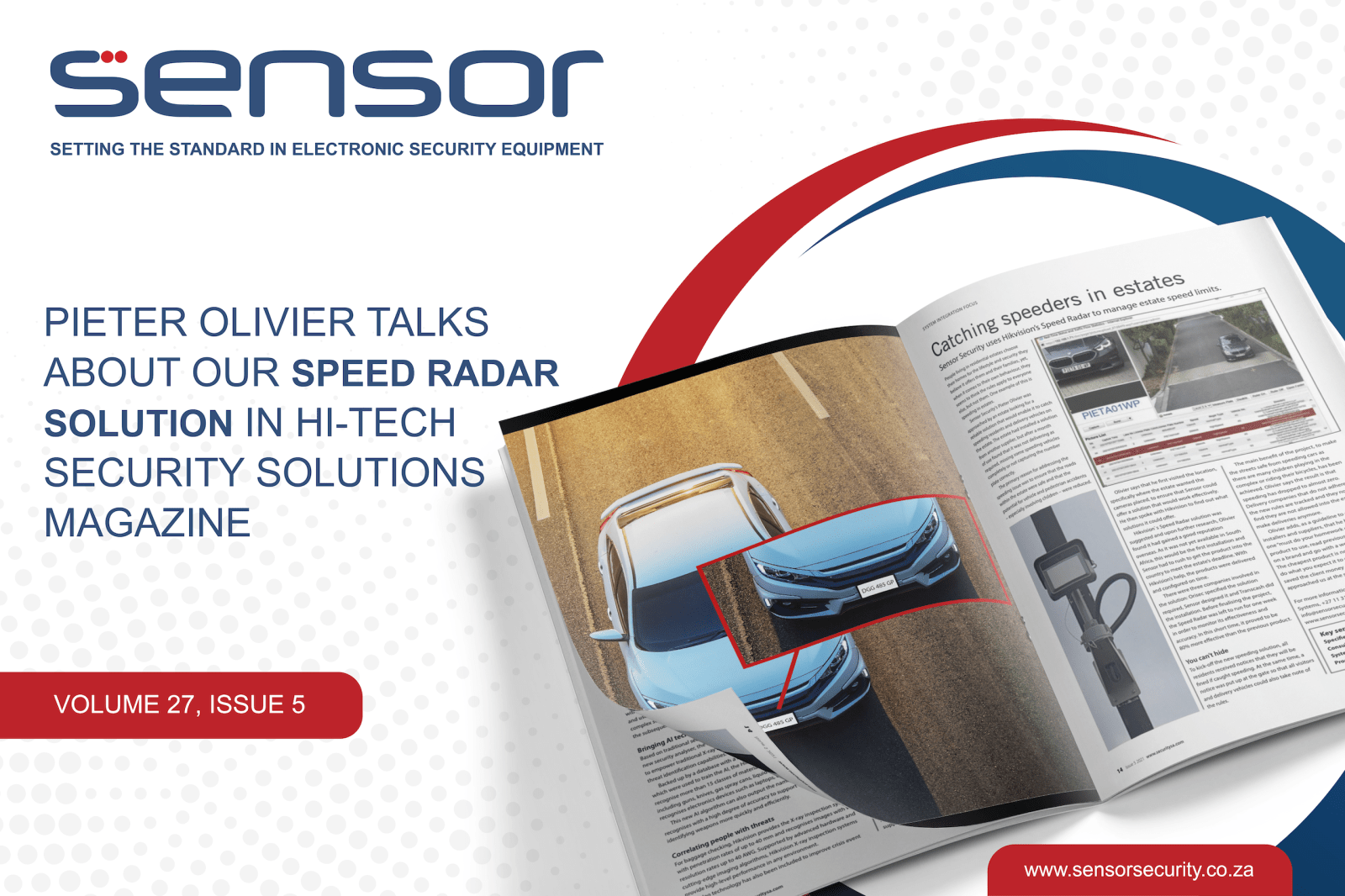 People living in residential estates choose their homes for the lifestyle and security they believe it offers them and their families, yet, when it comes to their own behaviour, they 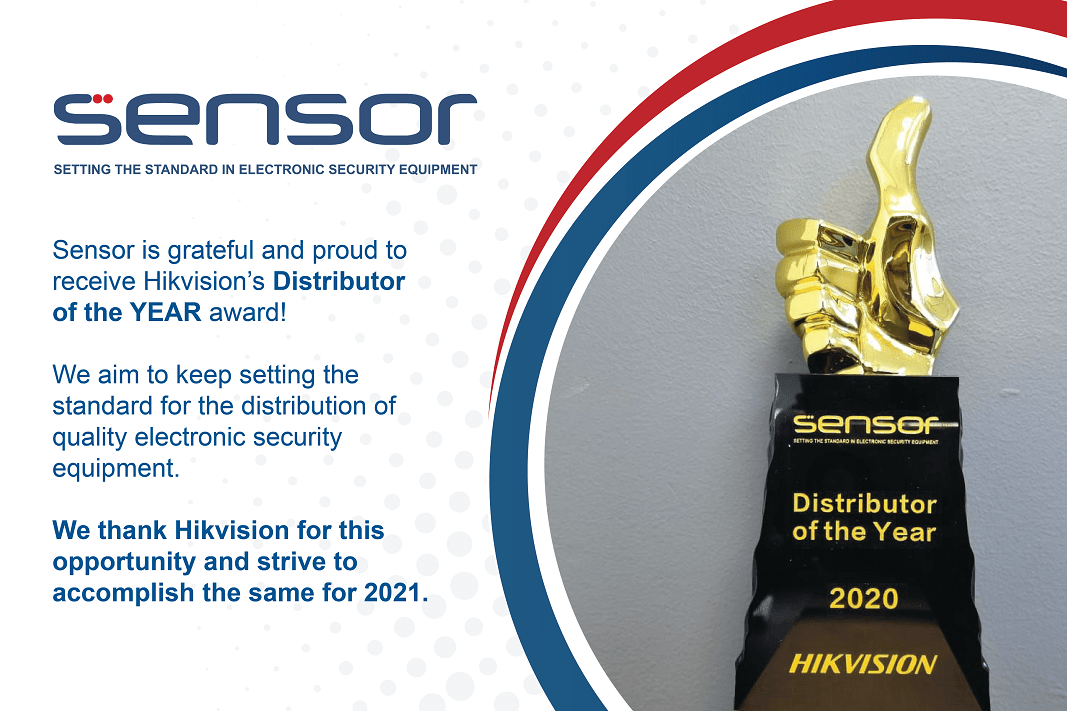 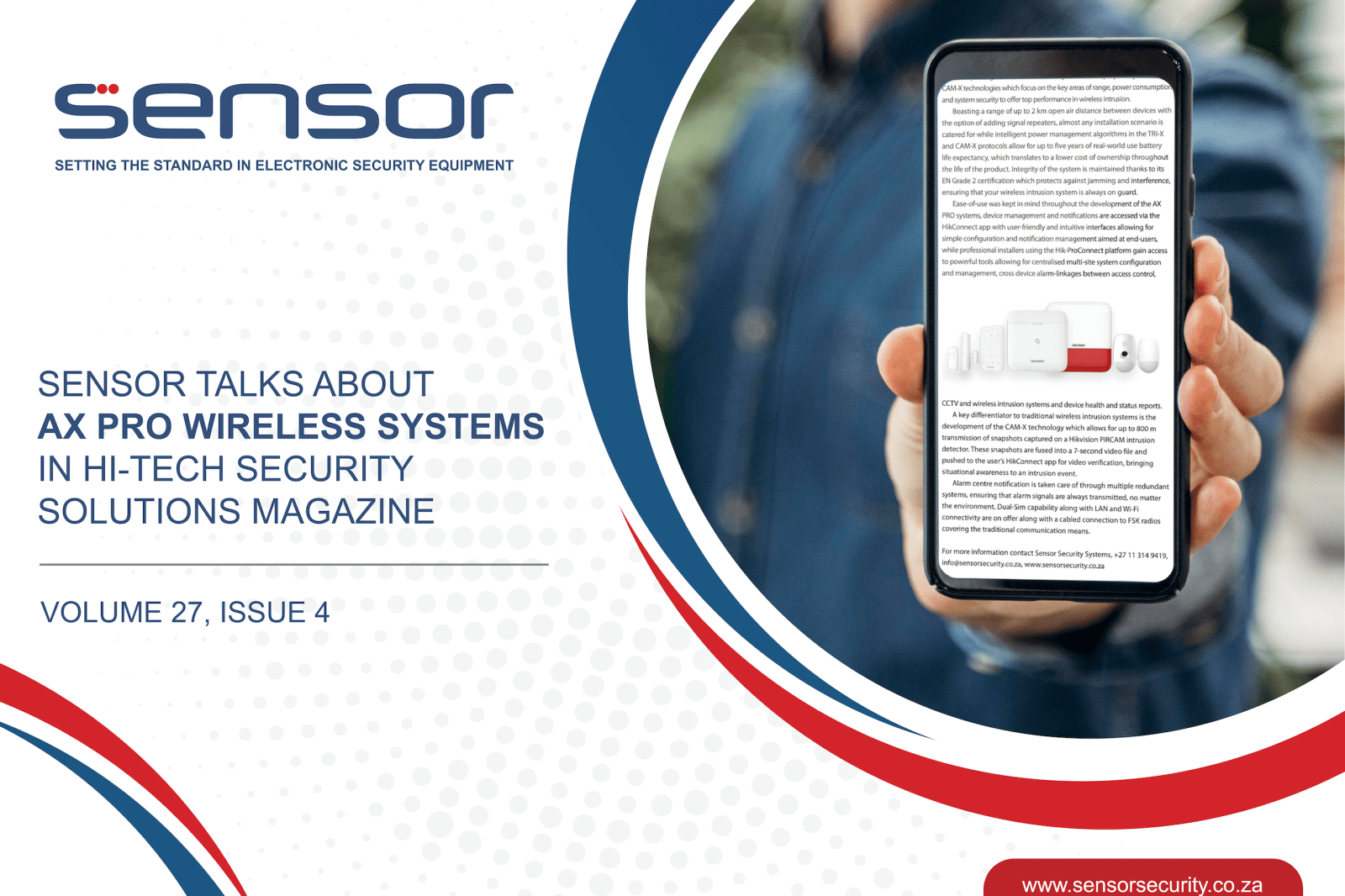